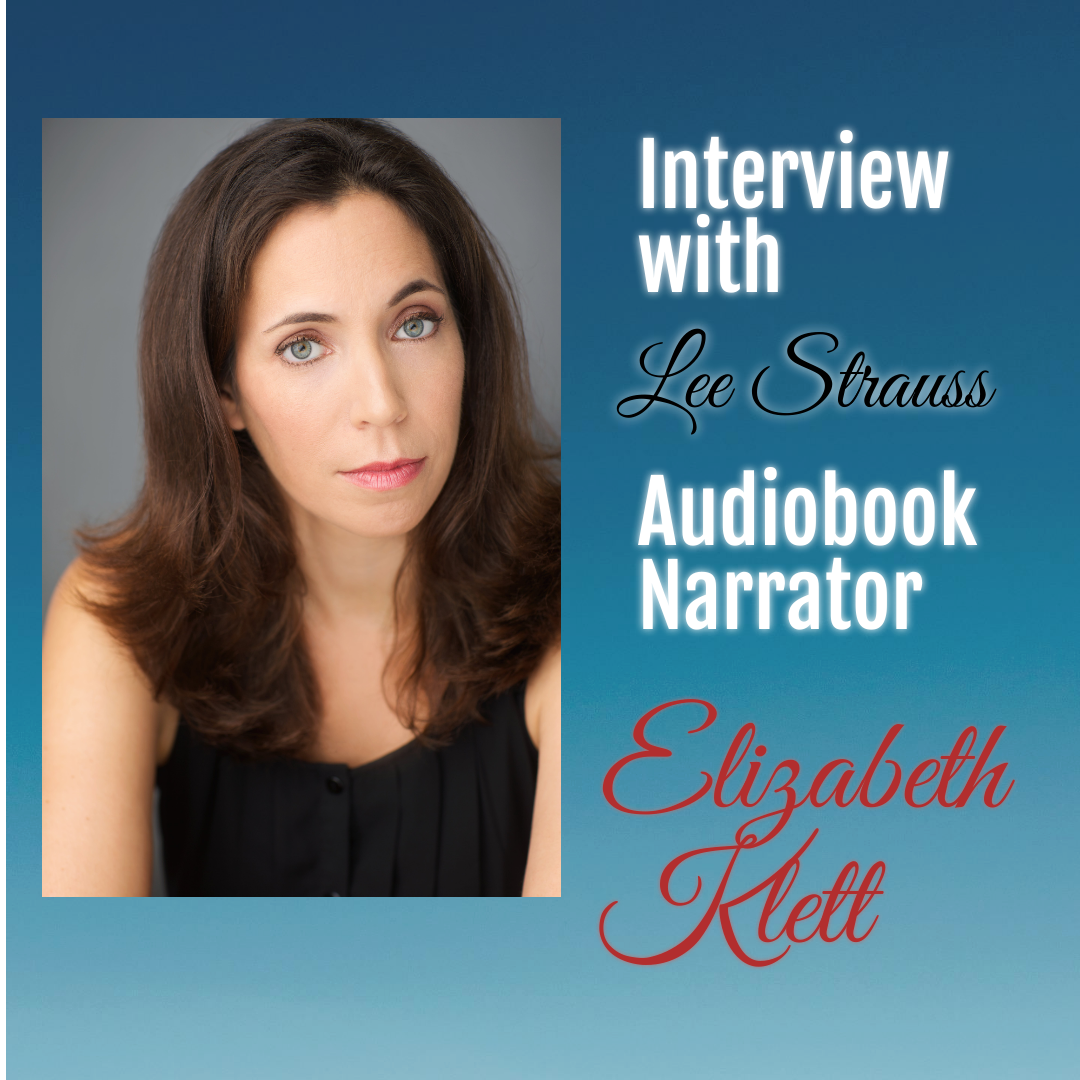 How long have you been working as an audio book narrator? How did you get into the business?

I started narrating professionally in 2011. I volunteered for LibriVox.org from 2007-2015, and produced many solo and group projects for their site – including many of my favorite classic authors, such as Jane Austen, Charlotte Bronte, Edith Wharton, Louisa May Alcott, and many more. The LibriVox founder started an audiobook production company and brought in some of the veteran narrators to work with him, which is how I began working in the business professionally.

The Ginger Gold Series is written in close third person narrative; Do you find this any easier or harder to do than first person?

I enjoy doing both third- and first-person narration, and don’t necessarily consider either to be more challenging. They exercise different muscles, though. Third person narration tends to be more “neutral,” which makes the character voices stand out a bit more. First person narration can be more emotional, depending on the context. Sometimes you have a third-person narrator who feels less omniscient and more involved in the events they’re describing; Jane Austen’s narrators often feel like snarky characters of their own. I think there’s a bit of this flavor in the Ginger Gold series too; even though the narration is in third person, Ginger’s perspective is often privileged (as is Basil’s, in the later books in the series).

I am throwing you a lot of accents to work with in the Ginger Gold Series. So far you have impressively handled North American, British (cockney and otherwise), French, Russian, Romanian, German and Indian. I hate to be the one to tell you this, but in an upcoming book, Murder at the Circus, you will be also thrown Ukrainian and East African (Uganda). You seem to take all of these in stride. How do you do it? What’s your background?

Bring them on – I love doing different accents! I trained as an actor in college; I have a theatre degree from Drew University, where I really benefitted from voice classes, both for acting and singing. I have played a few roles onstage that required sustained accent work, in plays like Peter Shaffer’s Black Comedy and Paula Vogel’s Desdemona, and feel like it’s something I have always been able to do well. For accents in audiobooks that I haven’t done before, I spend quite a bit of time with YouTube videos, and will often listen to other audiobook narrators perform so that I can get the cadences and intonations down.

So far you have done 16 books with us, so you have really gotten to know the characters well, as have all of our listeners by this point. I won’t ask you which murderer you enjoyed giving voice to because that would be a spoiler, but beyond that and besides Ginger Gold herself, who is your favorite character in the series? Why?

This is a tough question, since all the characters are so individualized and well-drawn. I think it’s got to be Ambrosia, the Dowager Lady Gold, Ginger’s stuffy, uptight grandmother-in-law, especially since we learn more about her past in Murder at the Royal Albert Hall. I just love doing her perpetually annoyed, very Victorian-sounding upper class voice. A couple of runners-up: Scout, Ginger’s adopted son, who begins as a Cockney street urchin; and Haley Higgins, Ginger’s American friend who is also an intrepid medical doctor.

These books take place in the 1920s in London. Do you as a narrator approach historical fiction any differently than fiction written in present day context?

I love narrating British historical fiction; it’s something of a specialty of mine. My “day job” is teaching English literature at a university, so I feel like I have a good grounding in different historical periods, especially the nineteenth and early twentieth centuries. The Ginger Gold series does a great job of recreating the feel of an earlier period, so it actually makes my job pretty easy! I can slip into the slightly more formal, less colloquial tone that is appropriate for the time.

During your career so far, have you ever gotten so emotionally involved in a story or a character that you had to take a step back and take a break or grab a tissue?

Oh, definitely! This happens to me all the time, actually. I get choked up pretty easily, and in order to avoid having it come out in my voice while I’m narrating, I will have to stop and collect myself. This happened a lot when I was reading to my daughter when she was younger, much as I tried to control myself. When beloved characters died in Little Women, Anne of Green Gables, or Harry Potter, I would have to take a little break. (She doesn’t cry as easily, so she would just give me a consoling hug!) On the flip side, I sometimes laugh out loud when narrating and have to get the giggles under control. This hearkens back to my theatre days when I would have to ruthlessly repress my impulse to “corpse” (that is, laugh onstage). While I can sometimes use a voice choked with genuine emotion while narrating, I always have to cut out the laughter!

There are currently no comments. Why don't you kick things off?