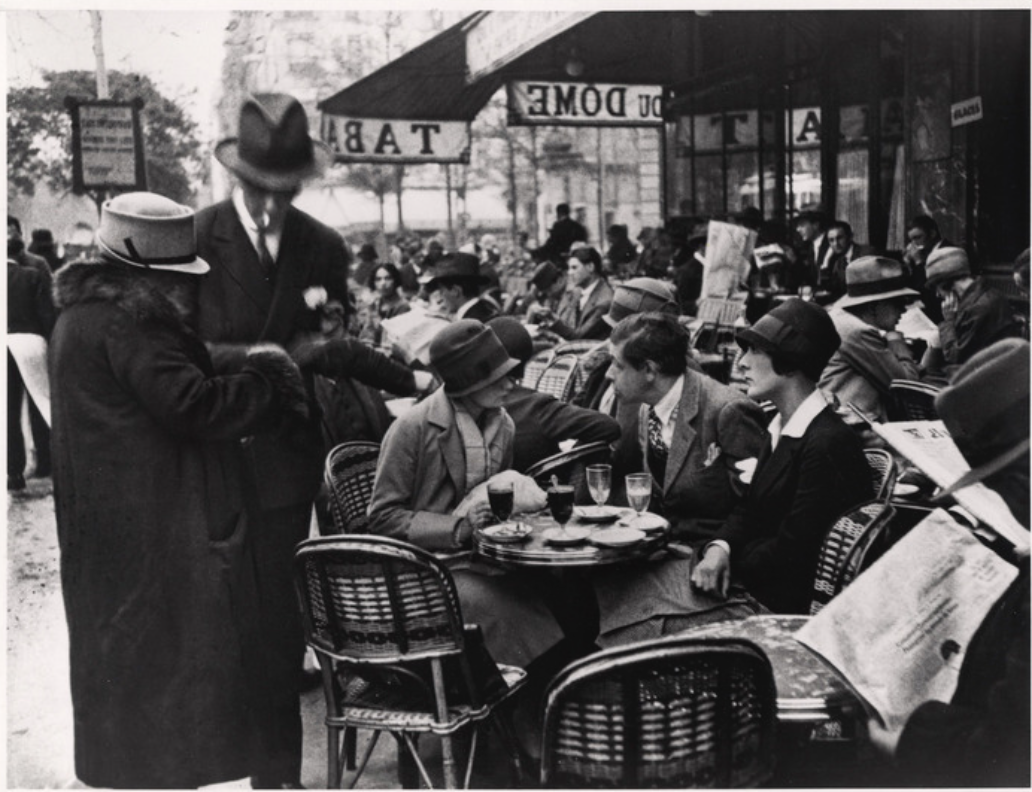 It’s been 184 years since Cafe Le Dome opened in Montparnasse, Paris in 1898, and its now a beloved place in Paris where you can dine on exquisite seafood. If you visited this cafe in the interwar period from 1918 to 1939, you would have experienced it as something much more than a place to eat and have a relaxing drink. Hosts of writers and artists frequented there regularly, so much so that it became known as an important artistic and intellectual gathering place in France. If you were a creative person, then this is where you wanted to be!

It became widely known as “the Anglo-American Café” and all kinds of artists were seen here: painters, sculptors, writers, poets, models, art connoisseurs and dealers. Sounds like my kind of company!

There was “over the counter” market that dealt with transactions pertaining to art and literature. If you wanted to get connected to the Arts Market in Paris as a business person, artist, or collector, then this would have definitely been where you would want to go first. This is also where you would hear the gossip happening in the arts culture and perhaps discover the latest news and trends.

For artists in Paris’s left bank this later became a central meeting location, and the American Literary Colony gathered here too.

It looks like I’m in good company when it comes to writers who have referenced this place before: Henry Miller, Ernest Hemingway and Jean-Paul Sartre have all mentioned the Cafe in their work.

Have you ever been to Paris? Did you visit the Dome? Let me know in the comments!

P.S. Do you want to own a Print of that Joel Strauss painting to hang on your wall? Check out this cool contest for a chance to win!